Over the last few weeks, Tesla stock has declined sharply. This has put Tesla on pace for its worst month, quarter, and year in history.  Some prominent shareholders recently criticized Musk and made demands for changes to salvage the share price publicly on Twitter.

Elon Musk tweeted in response to a shareholder complaining about the decline in Tesla’s stock, and essentially blamed the U.S. Federal Reserve’s interest rate policy for the decline:

Elon, in another Twitter thread, further explained that the “real rate of return of T-bills is roughly that of S&P500.” Suggesting investors are much more likely to move capital out of stocks and into safer investments like bonds.

The question then, is Elon right about Tesla’s price decline being largely a result of Federal Reserve policy?

Saying that Fed policy alone is what’s caused the price decline doesn’t capture the entire picture of how assets are valued and how interest rates and current dynamics impact asset pricing.

Below we explore a few ideas of how rising interest rates impact the economy and high-growth companies like Tesla.

Less Risky Alternatives: The End of the “TINA trade”

This is what Elon is referencing when he talks about people choosing T-bills over the S&P 500 or Tesla stock. If you have two assets that pay you the same return, and one has virtually no risk (T-bills are backed by the full faith and credit of the United States) you are going to choose the less risky option all things equal.

So, as interest rates have risen, bonds have become more attractive investments relative to stocks.

There is some important context here. From the Covid crisis to the middle of 2022, interest rates were near zero.

In an environment with zero interest rates, fixed-income assets like T-bills offer very little return, and if you believe inflation exceeds the interest rate, the net return or “real interest rate” is actually negative. In that situation, rational investors often choose to sell bonds and move into riskier assets like the S&P 500 or individual stocks like Tesla because they have no alternative to generate the returns they need. The increased purchasing interest naturally leads to higher prices, creating a positive feedback loop.

Indeed, this effect actually has a name: TINA which stands for “There is no Alternative.” And as Investopedia explains, it results in a “phenomenon in which stocks rise only because investors see no viable alternative place to put their money.”

The same works in reverse. As bond yields rise and become more attractive money flows out of risky assets into bonds.

So, rising interest rates are certainly a factor here, but there are many other variables that affect asset prices.

An important thing to consider about a growth company like Tesla, is that you pay a premium for the massive amounts of revenue and cash flows you expect the company to generate in the future.

Now, as we all learned in economics 101, a dollar today is worth more than a dollar ten or twenty years from now.

Now, extrapolate this idea to a company like Tesla that expects extreme growth and to generate most of its cashflows far in the future. The value of those future profits declines significantly as interest rates rise. Companies like this are very interest rate sensitive, for good reason.

So the increased discount rate has likely had an impact as well.

Finally, and likely the most sympathetic to Musk’s view, is the concept that as the Fed raises interest rates it makes borrowing money more expensive which leads to less borrowing and less economic activity overall. Indeed, in the real estate market, we’ve already seen a tremendous increase in mortgage rates which means financing a home is much more expensive and in response, we’ve seen home purchase activity fall off of a cliff.

As the Federal Reserve continues to raise interest rates, we can expect further pressure on economic activity. However, this shouldn’t be surprising as the Federal Reserve is explicitly targeting these policy outcomes. They’ve made clear in their minutes they need to raise interest rates to slow inflation and bring back price stability which is one of their primary mandates.

Former Fed Governor Bill Dudley made this clear in a recent Op-Ed in Bloomberg:

Whatever market participants might think, they need to recognize that the Fed is in control. It has the power to achieve whatever financial conditions it needs to slow growth, push up the unemployment rate and bring down inflation. If markets don’t come along willingly, it will force them.

One thing should be clear then, while this policy may have undesirable effects for some, like declining stock prices, it is intentional and likely to continue. With inflation running so hot the Fed has been forced to use blunt policy tools to stop it.

So while Elon may blame the Fed for Tesla’s woes, they are likely to continue.

Elon is not wrong when he points to rising interest rates as a cause of pressure on Tesla’s share price. However, asset prices are determined by a multitude of factors and there are likely many other reasons why Tesla’s shares are on the decline. Including, but not limited to Tesla's previously high P/E ratio and valuation, its CEO selling over $20B in stock, challenged brand equity, global economic forces, and greatly increased competition.

Regardless, as an investor, it is important to look beyond the headlines and consider all the factors that may impact an asset both positively and negatively. There rarely is one simple answer to why a stock moves up or down.

Information provided by Upmarket Securities about the company and the financial instrument in this summary is for educational purposes only, and not intended to be nor should be construed or used as, investment, tax or legal advice, a recommendation, or an offer to sell, or a solicitation of an offer to buy, an interest, directly or indirectly in the Company. The source and data of the material are considered to be reliable. However, there is no guarantee of its accuracy or completeness. Upmarket Securities does not endorse the company nor its products, and any offer or solicitation of an investment in the company may be made only by delivery of Offering Documents and documents attached as exhibits to the Offering Documents. An investment in the Company may not be suitable for all investors. For a full list of offerings by Upmarket Securities LLC, please visit our website at upmarket.co. 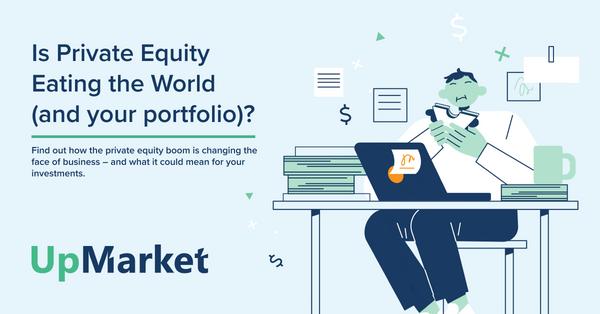 Education
schedule 10 min read
Is Private Equity Eating the World (and your portfolio)?
Do you remember when Facebook went public? It was a huge deal. Facebook became the largest technology IPO in history at the time after raising $16 billion. But these days, there's a new trend in the tech world: companies are staying private longer. In the past twenty years, the number 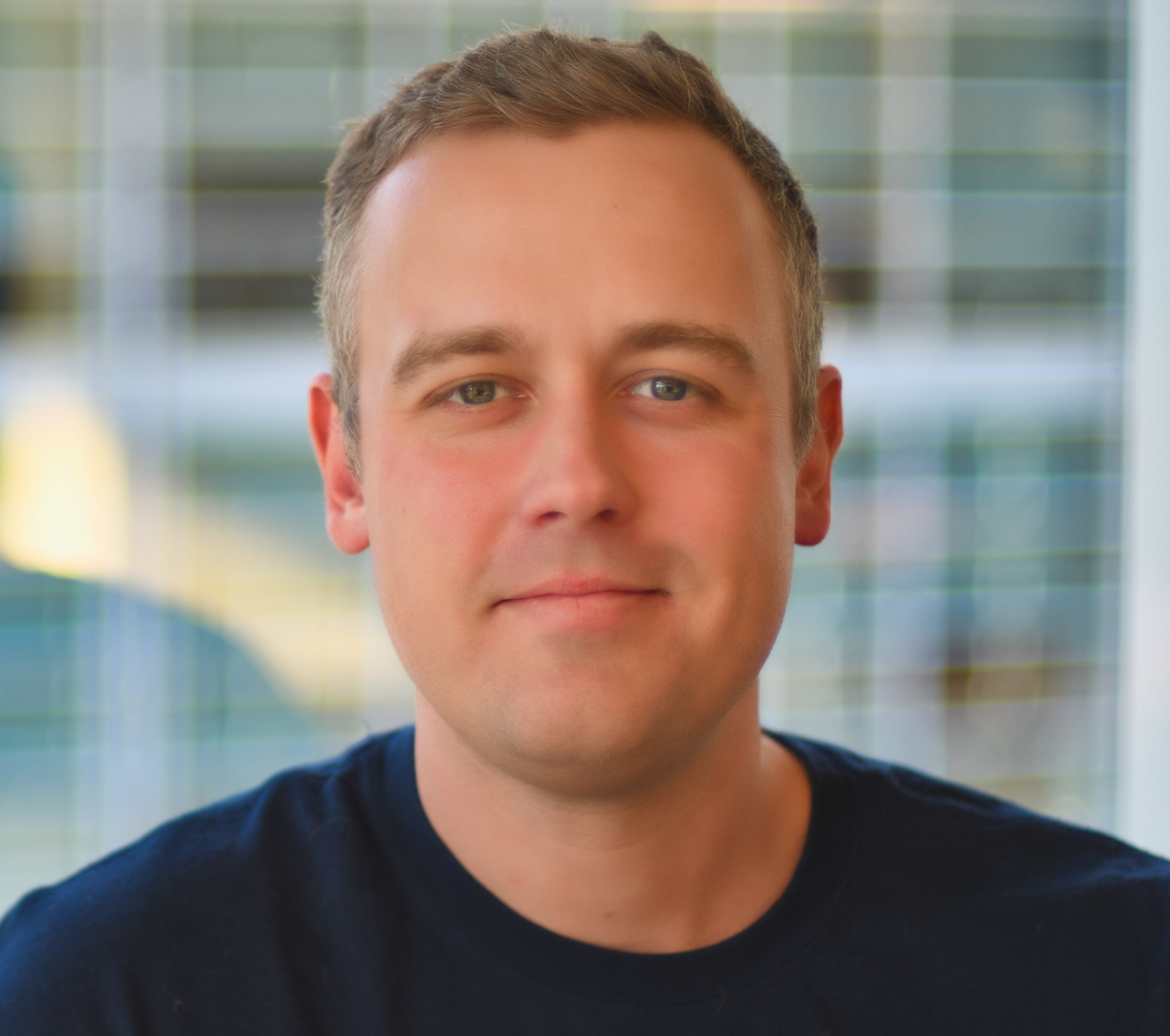 Education
UpMarket
schedule 3 min read
Invest in Private Markets and Alternatives using Self-Directed IRAs and UpMarket
At UpMarket we want to unlock private markets for individuals so they are empowered to build diverse portfolios that best meet their objectives. This means unlocking new asset classes like hedge funds and private equity along with simplifying the traditionally opaque private-market investment process using technology. Asset classes available on

Education
schedule 5 min read
Investor Basics: Am I an Accredited Investor?
With an estimated 10.6% of U.S. households qualifying as accredited investors in 2020, it's no wonder more and more people are interested in learning whether they are an accredited investor and what benefits, if any, come with that designation. A primary benefit of accredited investor status is that

UpMarket's mission is to unlock the private markets for individual investors.

We provide access to a range of asset classes and investment strategies that span private equity, hedge funds, crypto, real estate, and other alternative assets.

UpMarket works to address these barriers for individual investors by:
View open opportunities
Individuals like you have invested over $120 Million with UpMarket.